As we celebrate the 20th anniversary of our Krav Maga federation, the FEKM, we take a look at the role of Krav Maga today.

This blog is dedicated to a very important and timely message by the founder and head of our federation Richard Douieb (Black Belt 5th Darga). This editorial piece was published in the FEKM Webzine, Issue 4, June 2017. Click here for your full copy of the FEKM Webzine. 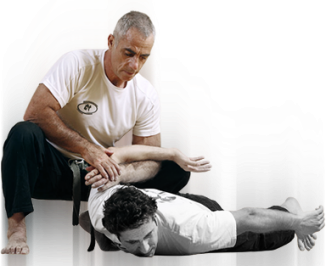 Here we are at the 20th anniversary of our Krav Maga federation, the FEKM.

In 1987, I found that my work in security was lacking in interest. So, I decided to start the first training of KM in Europe. Initially, I only gave one class, then two per week. I thought that the dimension of my Krav Maga project would remain artisanal.

After 3 or 4 years the first Krav Maga ‘plagiarists’ arrived. They were followed by others, and then many more. That is why, 10 years later in 1997, I decided to create the European Federation of Krav Maga. I did not want to lose this discipline which is very important to me.

Today, as you know, in terms of members we are the biggest existing Krav Maga federation in the world. But our federation is not only important in terms of student numbers. It is also important in preserving the innovative principles that are the foundation of Krav Maga today. This is something which is not found in any other method of self-defence. Krav Maga is innovative and allows for continual improvement of its program, taking into account the new needs of recent years whilst also ensuring that we are not mislead “towards something else”. Finally, our federation has a duty to keep and transmit the humanist values ​​that come directly from its founder, Imi Lichtenfeld.

Our federation has a duty to keep and transmit the humanist values ​​that come directly from its founder, Imi Lichtenfeld.

I am well aware of the everyday difficulties of unemployment and of the world of work as I have experienced them myself, and especially those which the police are facing. I also understand that the values of our founder can ​​sometimes seem utopian. At such moments, nations are tempted to seek out authoritative and all-powerful heroes who will get them out of their difficulties. I do not decide the beliefs and position of each of you. I simply refer to what has already happened in the world in the history of mankind.

In times of economic hardship, or even famine, men have often sought a strong and radical authority to get them out of their difficulties. We are in the ideal period for the rise of such extremism.

In times of economic hardship, or even famine, men have often sought a strong and radical authority to get them out of their difficulties. We are in the ideal period for the rise of such extremism.

What I can say without uncertainty is that this direction that people have taken for remedy, from the far end of the Caucasus to the other end of the West, has invariably led humanity to catastrophes. It is only in times when they were not buried in totalitarianism and only after such disasters and misfortune that the men and women of those times realised that it was necessary to return to greater openness.

To confirm this, it is enough to look at the course of humanity since the Neolithic period. Throughout history the same causes have produced the same effects and not only in 1939-45 and during the Stalinist period. Why would it be different now?

Our founder Imi Lichtenfeld carried strong humanist values. People who think differently can not rely on Imi and pretend to perpetuate his spirit. In any case, Imi’s humanist values will always be those of our federation, the FEKM.

Imi’s humanist values will always be those of our federation, the FEKM.

I wish an excellent 20th anniversary to all, including those who joined us well after our beginning and who continue this adventure with us.